6° C
Login Suggest an event Find a restaurant
What to do? What's up?

Cars of the future?

Hydrogen cars have been part of discussions about automobiles for a while now. A few models have even been presented at the International Motor Show Germany in Frankfurt last September.

Sure … but what else?

What does this technology have to offer?
The hydrogen car is an electric car. It creates its electricity from the hydrogen stored in reservoirs.

There are numerous advantages to using this energy. First off, unlike the traditional electric automobiles, the hydrogen car is highly autonomous. Its energy supply allows the car to roll for about 400 km to 500 km. We cannot forget about the time required to charge the car. Filling up a tank at the gas station only takes about 5 minutes (when there is one!) instead of several hours. An incredible advantage of the hydrogen car is no CO2 emission. NONE! The hydrogen car’s is so clean that it only ejects water. Quite the advantage, right?

It Still Has to Prove Itself
Just as any new technology, there is a “but.” Hydrogen still has to convince us.

As of currently, combustible batteries are expensive. Why? Simply because they are not currently produced in large enough quantities to be profitable. Hydrogen production is also an expensive and not-so profitable process.

Are hydrogen cars truly the future of automobiles or are they just a fantasy?

Beers for fall
Brewers from around the corner! 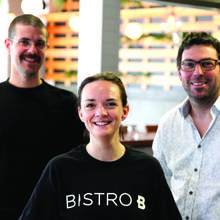