16° C
Suggest an event Newsletter Blog Magazine
What to do? What's up?

On August 9 and 10, the six teams of ten players from the Sleeman Boot Camp hockey tournament literally blew everyone away at the Université Laval PEPS!

This unique tournament, composed uniquely of professional hockey players from the NHL, consisted of 12 games where hockey legends gave their all on the ice, pleasing everyone in the audience!

The IG Wealth Management team won this 8th edition of the tournament and took home the Boot Camp Sleeman Cup !

The exclusive jerseys and items worn and signed by the players during the Sleeman Boot Camp, were auctioned during the event to raise funds for the Réno-Jouets Foundation. 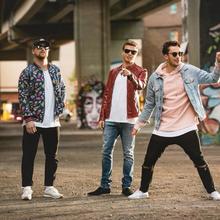